ULMA Handling Systems has developed an automatic system for the company Quesos Entrepinares, allowing it to manage the traceability of its cheeses from production output through to the end consumer. The system includes the complete automation of the cheese drying and ageing process. Entrepinares is the intersupplier for Mercadona and produces 45 million kilos of cheese per year and a product range of 90 different items.

The main reason that prompted the company to implement this project was to optimise the drying and ageing process for its cheeses. This optimisation was achieved by automating processes previously carried out in a conventional manner, such as turning, coating and traceability management.

The first automation project ULMA developed for Entrepinares focuses on the ageing process. At the heart of the project is a system of AGVs designed to transport two pallets simultaneously between the input and output areas, passing through production, ageing process, cutting and packing.

Another stage ULMA was involved in is the turning process, through the development of an automatic cheese turning system which counts on an international patent. Turning, which is a key stage in the cheese ageing process, allows more uniform ageing and brings significant improvements in final quality.

Once the ageing stage is complete, the ULMA systems allow automatic depalletising and deboxing of the cheeses, which are then sent to the cutting and packing section.

When the cheeses are ready for consumption, they are palletised and stored automatically in two refrigeration chambers. The automatic storage system comprises a satellite stacker for optimal use of the storage volume whilst reducing work times.

Automating the drying process is a new project in which ULMA will develop an automatic transport and storage system managed by stackers, which in turn connect to the turning stage where 1,000 movements per day will be carried out. The drying process requires a constant controlled temperature of 10 °C with 80% relative humidity.

Developing this project has allowed Entrepinares to automate its entire logistics system, from cheese production output through to the end consumer, with exhaustive traceability control of its products at all times. This automation has also allowed it to improve the quality of the service and products offered to Mercadona, optimising the logistics processes and making the service more flexible. 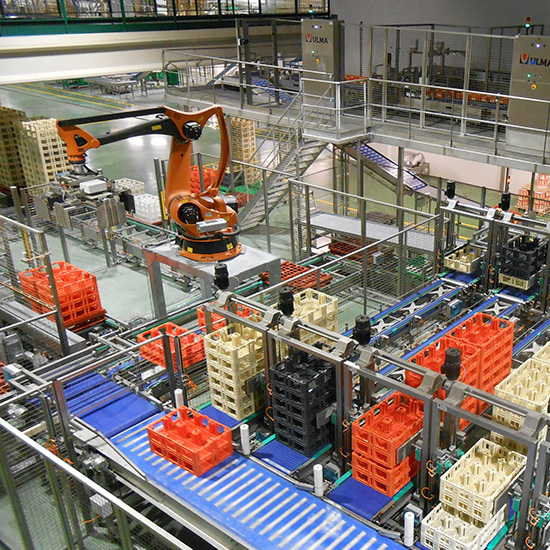 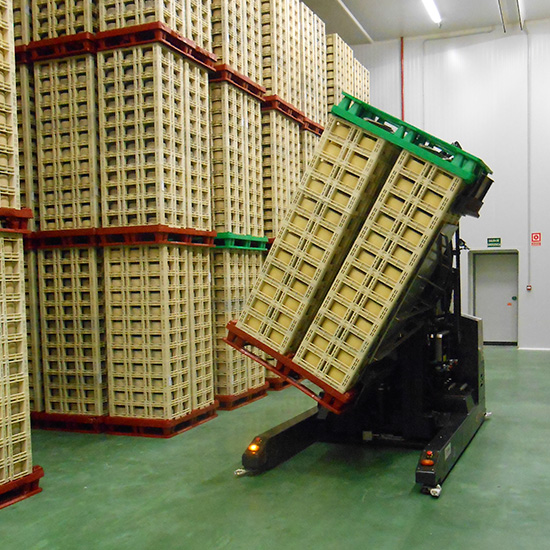 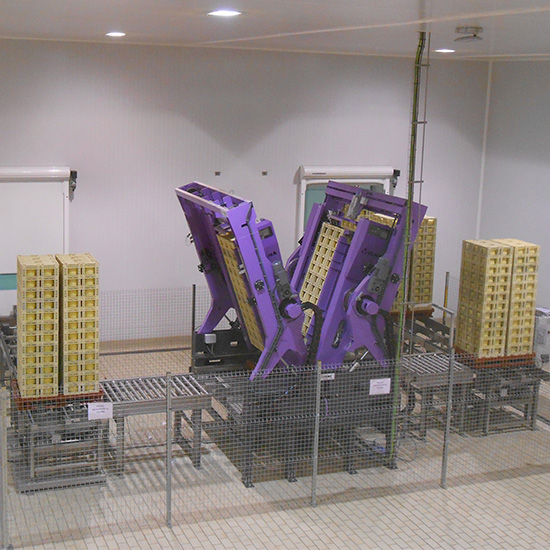 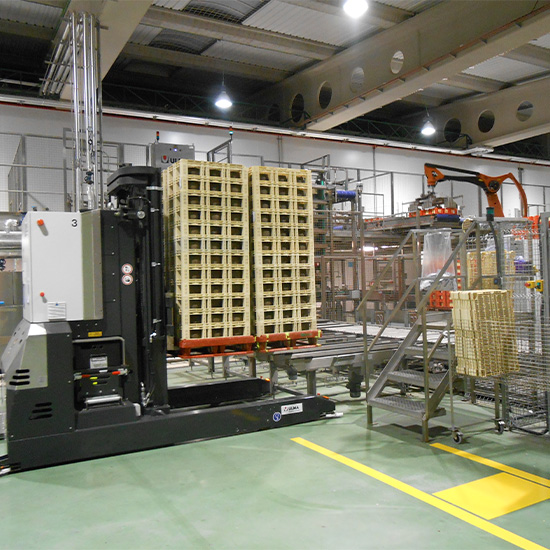