Thanks to the logistical engineering solutions offered by ULMA Handling Systems, the distribution cooperative has been able to create new automatic systems in its platforms in Valencia and Murcia, and it will be creating a new one for its platform in Barcelona soon. The new systems have improved their processes and raised the quality standards in all the services provided by the shops, all in a context of maximum productivity and minimum errors.

In 2007, the CONSUM cooperative, formed by a network of more than 600 supermarkets in six Spanish regions, commissioned its new automated platform: a new integral platform located in Silla, Valencia.

The platform that CONSUM operates in Silla was the first installation that ULMA developed for this food distribution cooperative. The Silla project serves the functions of receiving, warehousing and dispatching of medium pallets and full pallets without slave pallets; a ground-breaking solution from the perspective of logistics.

The platform is distributed in two buildings: one is a 5,527-square metre silo, with a height of 30 metres and equipped with 9 automatic stackers with 18,368 placing positions; and the second building, used for picking, is distributed in two floors with a total surface area of 8,855 square metres. The latter building has 6 lifts and 12 transfer carriages for replacements.

As Alfredo Cabrera Soriano, Executive for Sales and Food/Non-Food Logistical Organisation, says, “thanks to the new installation, CONSUM was not forced to move its business to a larger installation, with the cost savings ensuing from the technological solution applied; furthermore, the organisation’s structure is now much more sustainable, an essential factor for a company that works in the social economy.

ULMA developed the logistical system for CONSUM’S distribution platform in Las Torres de Cotillas, Murcia, in 2013. This is a new logistical system, both from a conceptual and design perspective. The novelty of the project is an automatic storage system that is able to manage the incoming and outbound elements, whether in load units of ½ a pallet, a ¼ of a pallet or in a Euro-pallet.

The system is equipped with three robots that carry out the loading/unloading operations on the transporters placed at the incoming (receipt) and outbound (dispatch) points. Plus, the robots are designed to automatically feed the side-belt extraction points for the picking process.

The CONSUM Barcelona logistics platform also has a system designed to prepare Service orders to the Unit, thus reducing the amount of stock necessary in store and increasing the number of items in the line without having to increase the Distribution Centre's picking costs.

To achieve this, ULMA has designed a pallet shuttle with FSS system to manage storage and replenishment in the picking system, made up of 4 FSS-SQS robots which supply the different types of references to the picking posts in an orderly manner. 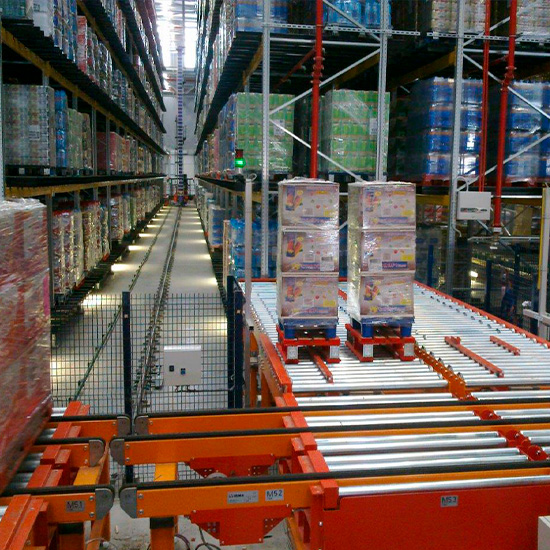 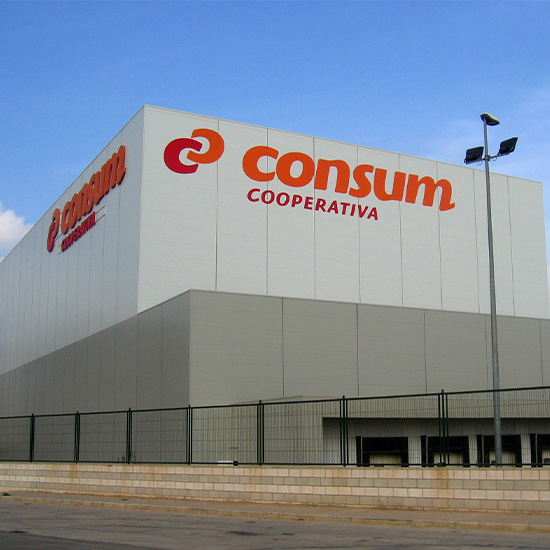 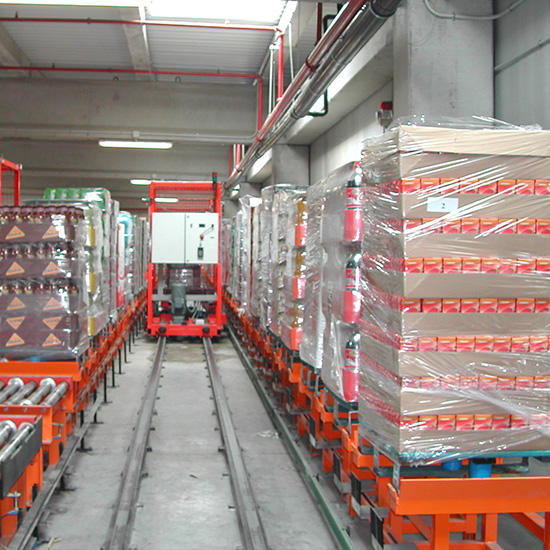