Automated logistics in the leading paints producer in the Iberian Peninsula

Tintas CIN has entrusted the automation of its distribution centre, with the purpose of concentrating its entire logistical network and improve its productivity rates, to ULMA Handling Systems.

The strategic priority for the company Tintas CIN was to have its own automatic storage that would increase the effectiveness and efficiency of the logistical organisation, so that all the company’s distribution operation in Portugal could be integrated in a single logistical centre, with the consequent reduction of overheads and increase of productivity.

After considering the proposals of various automated logistics companies, the automation project was commissioned to ULMA Handling Systems. Its development covered the storage, picking and consolidation of dispatch needs, and represented for CIN the achievement of the objective it had set itself: absorbing the four distribution centres that it had had up to that moment in a single one.

ULMA’S definitive solution provided this centre with a warehouse for auxiliary materials (brushes, spatulas, etc) and another for finished products. The picking system was distributed in three picking stations and five depositing stations behind them. These stations are supplied through VTD trolleys with empty pallets that are then used to prepare the orders. The transport system also moves the pallets formed with the picking process toward the output collector. It should be noted that the simultaneous picking system has a put to light solution with 32 displays, which practically eliminates the chance of an operative making any mistake whatsoever.

A year after the system was put into operation, Tintas CIN’S rating of the result could not be better: on the one hand, they fulfilled their objective of integrating all their logistic operations and, on another, they improved productivity by approximately 20%. 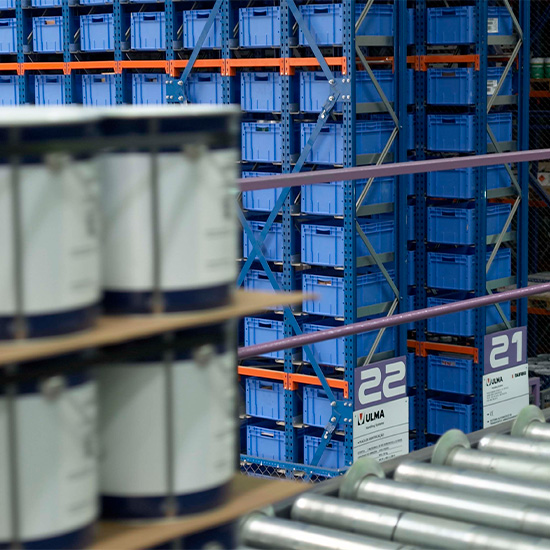 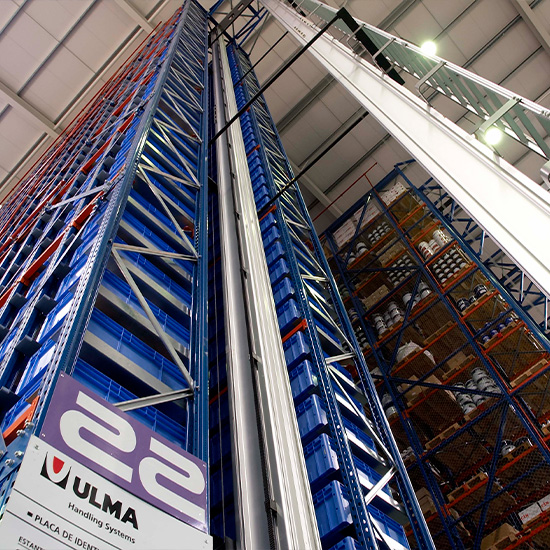 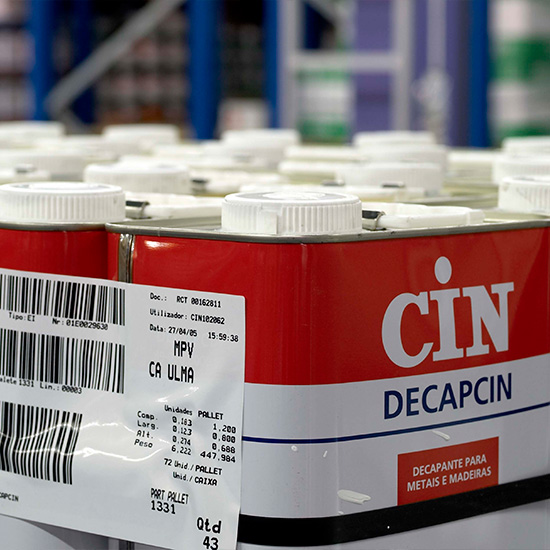