ULMA Handling Systems stays ahead yet again with the start up of an innovative logistics project, once more leading the technological market in a unique challenge in the Euro zone.

CEFINOF combines the best security with the best logistics. This is the greatest triumph, having achieved innovation thanks to a very sophisticated system

ULMA Handling Systems accepted the task of creating the first automatic infrastructure for the Eurosystem banking sector, particularly for the Banque de France, and the result is the framework of the new Nord de France Cash Centre (CEFINOF). This logistic model implemented by ULMA, unprecedented in the Eurosystem, is already in use in countries such as Hungary, USA and Singapore, while in the Eurozone; only Germany is working on a similar project.

The aim of Banque de France on starting the project was to increase the level of production, which until now was conducted at smaller plants, by improving process quality and service quality. Something it has indeed managed to achieve with flying colours. Thanks to the technology integrated by ULMA, Banque de France also covers its requirements for reception, storage and disposal of banknotes and coins, as well preparing money ordering services for banks in northern France.

Similarly, it has built a couple of automated warehouses for pallets and cases, both with 2 overhead conveyors. The first (Unit Load) has a storage capacity of 976 pallets or 1,952 half pallets, while the second can store (Mini Load) 1,250 cases of 350x450x200.

The main process of the system installed by ULMA Handling Systems in CEFINOF consists of the daily reception of used and new notes, as well as bags of coins, for additional sorting, processing and storage until such time as they are sent out in a new order. In addition, through this system more than 330 million notes will be analyzed at their facilities automatically, thanks to 3 processing and triage machines to decide which notes are of good enough quality to continue in circulation and which will be destroyed.

The director of ULMA Handling Systems France, Julian Garmendia, explains the process: "While the cases containing notes and new coins are directly stored by automated robots (AGV), used banknotes are sent by the transport system to a security zone, to await checking and classification in the triage area. There, the system opens the cases and checks each note individually. It discards any which are counterfeit or torn, while those in good condition are used to create new bundles that are packed automatically. When banks ask for a new amount of money, the system classifies the number of cases needed and prepares them for shipment ".

Thanks to the solution provided by ULMA, 3 objectives have been met: "We hope to improve productivity by automating the process, eliminate cumbersome tasks at various stages of the processing chain and give the best service to our customers, "points out François Villerroy De Galhau, the Governor of the Banque de France.

On the other hand, thanks to the automation implemented by ULMA in this centre, the Banque de France has also improved the quality and working conditions of its employees.

Since the project began in 2014, the work between the security team and ULMA logistics has been constant. 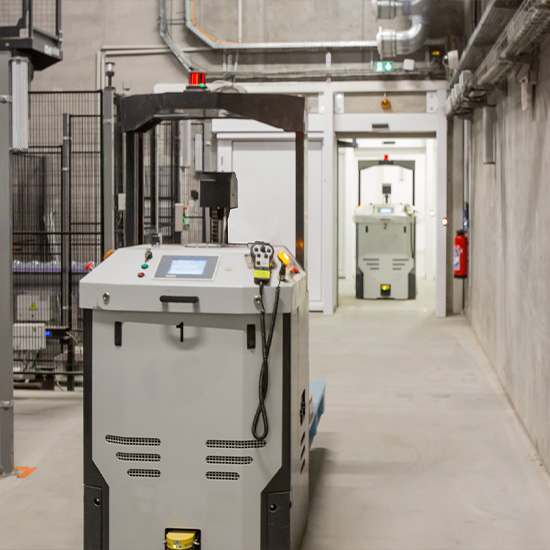 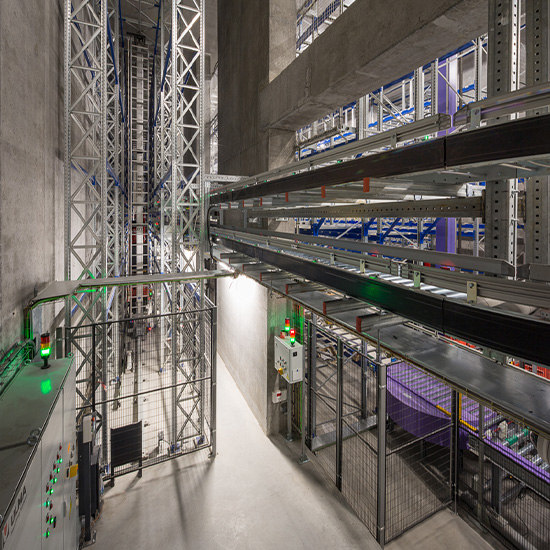 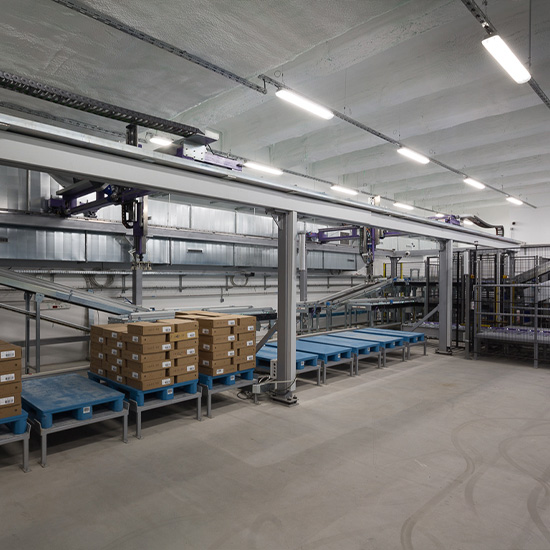